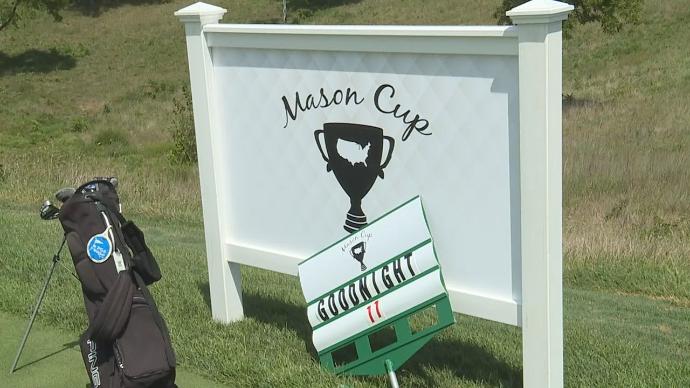 BOWLING GREEN, Ky. (WBKO) – The third annual Mason Cup is set to take place Aug. 21 through Aug. 23 at the Club at Olde Stone.

“We’re really passionate about this event so we really want to keep it going,” said Cooper Claycomb, a team captain for the Mason Cup.

“I think it kind of speaks to the membership here at Old Stone and the city of Bowling Green as well,” said Canon Claycomb. “Even in a pandemic they get around the idea of the Mason Cup and they fully support us and want us to have this event.”

Canon created the Mason Cup to honor Mason Goodnight who passed away in April 2017.

The dates chosen for the Mason Cup were chosen because they don’t interfere with other major junior golf tournaments.

Currently, there are about 28 junior golfers listed to compete at the Mason Cup. Each golfer is responsible for raising $1,000 to compete. Proceeds from the Mason Cup benefit the American Junior Golf Association’s ACE Grant program and the Mason Goodnight Foundation.

“I’m excited to play as a captain because the last two years I’ve been playing as a member of a team,” said Yoko Tai, a Mason Cup team captain. “So it’d be cool to see what I can do and what my team can do this year.”

Junior golfers use Leadership Links​ to help raise the money needed for the Mason Cup.

The Mason Cup will have a Par-3 contest on Friday, Aug. 21. Saturday, golfers will play 36 holes under a mixed foursome format. The event will close out on Sunday with a singles match.

For Canon Claycomb, this will be the first year he is unable to compete in the Mason Cup. Canon is now a member of the golf team at the University of Alabama.

“I haven’t really gotten to enjoy the whole tournament aspect because I’ve just been so busy with it all over the last two years,” Canon said. “This is the year where I’m just trying to be a big brother, kind of help out and pass the torch down.”

Both the Claycomb brothers hope to see plenty of people come out to watch and support the junior golfers in the Mason Cup.

“I think this year is probably going to be the most special year, you know, with everything going on,” Canon said. “I think it’s going to make it sweeter than it already is.”